𝐌𝐚𝐫𝐢𝐮𝐬 𝐆𝐨𝐥𝐝𝐡𝐨𝐫𝐧
His prose tells of an increasingly insecure Europe and a young protagonist who, between demonstrations, spam mails and flirts, asks himself when he finally feels the threat.
https://mariusgoldhorn.de/

𝐈𝐚𝐧𝐢𝐧𝐚 𝐈𝐥𝐢𝐭𝐜𝐡𝐞𝐯𝐚
Wrote almost 40,000 extra short texts on Twitter. These are among the most beautiful, lyrical tweets on the entire World Wide Web.
The texts are read by Luise Hart, drama student at the HfS Ernst Busch.
https://twitter.com/blutundkaffee

HALB HALB is a cooperation between Kabeljau & Dorsch and Cereals. Artwork by Jana Matejka 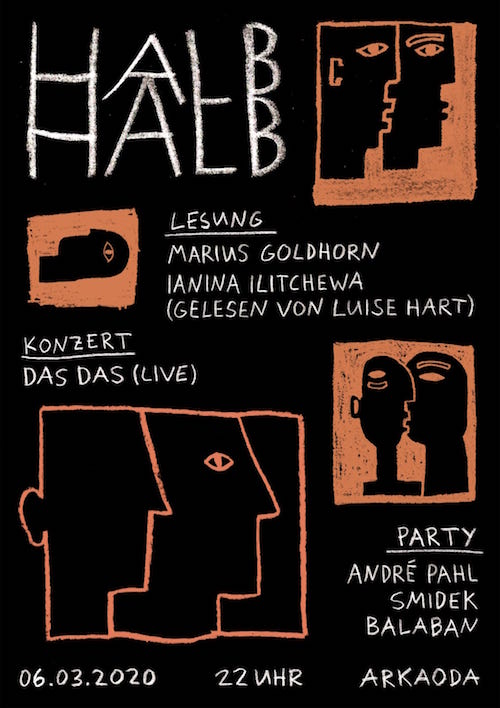